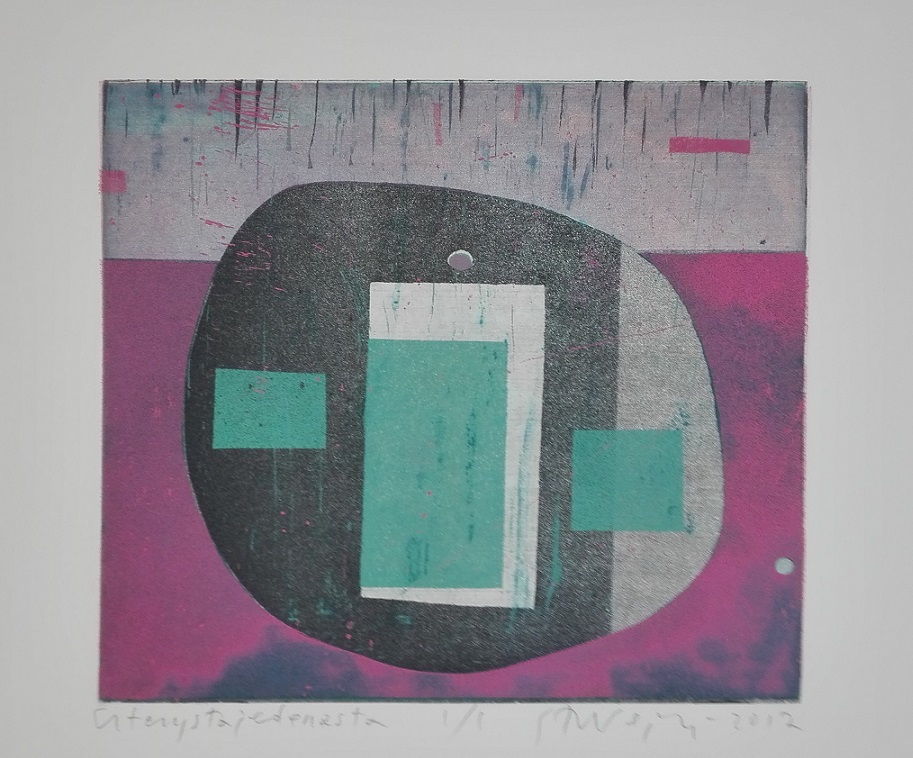 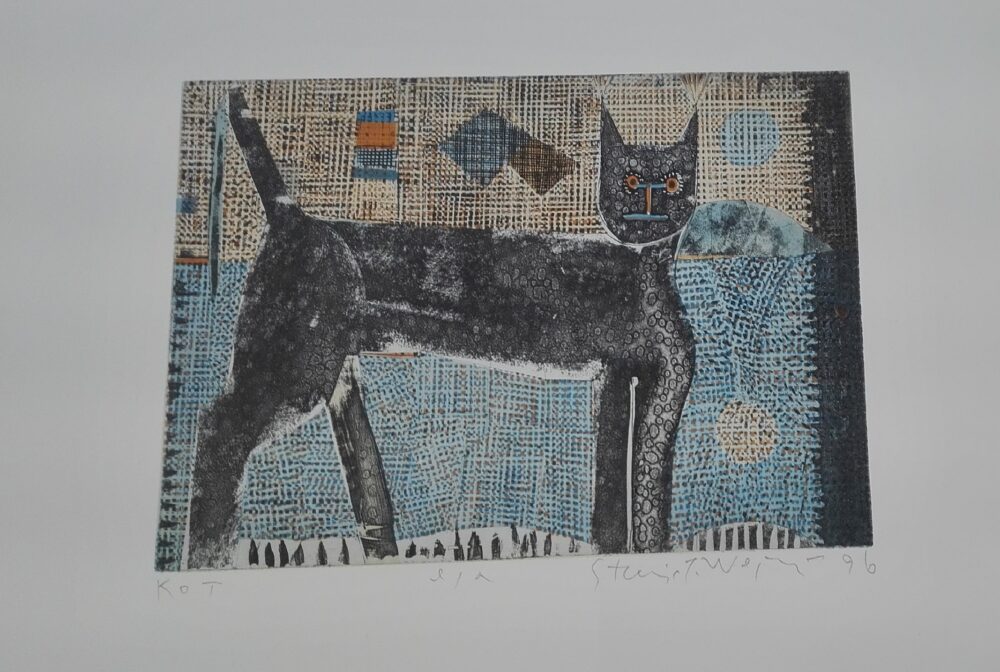 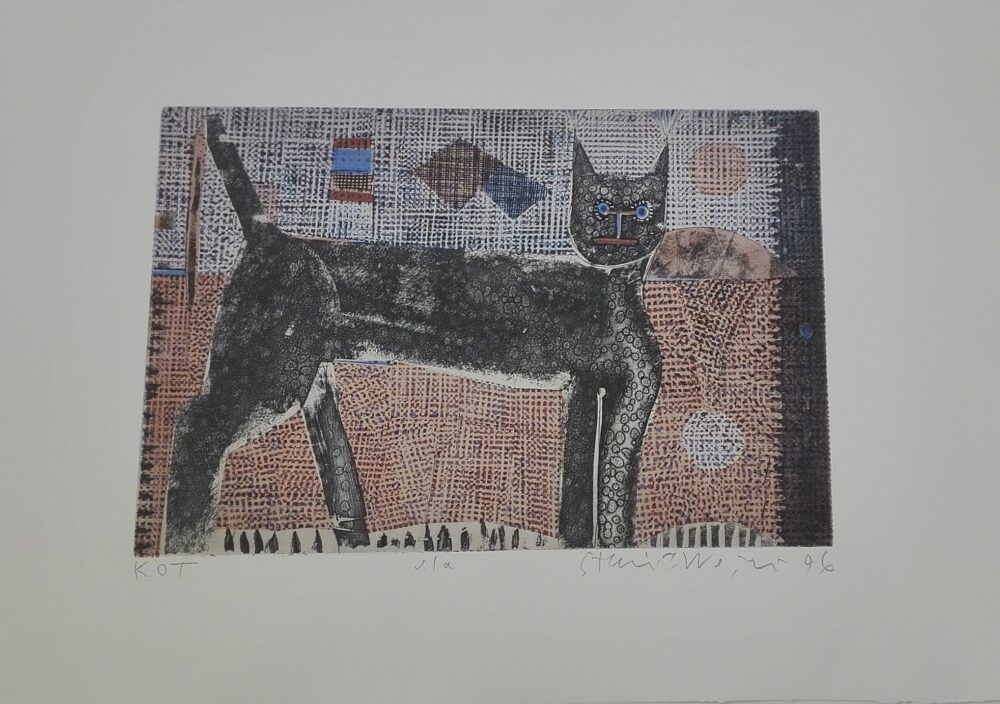 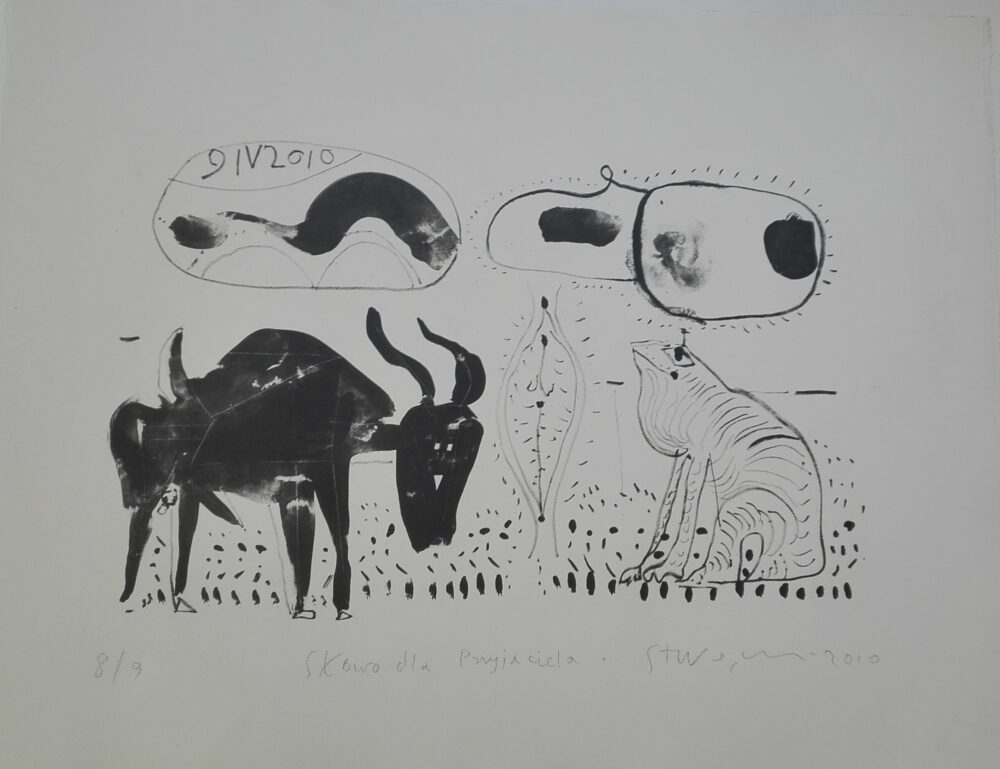 Word for a Friend
2010
etching on paper 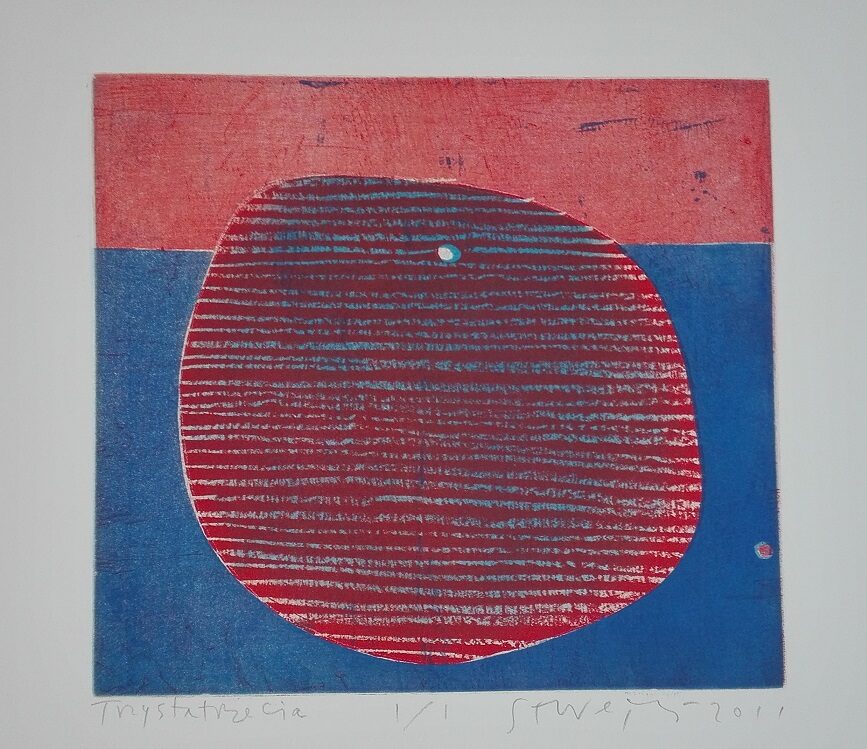 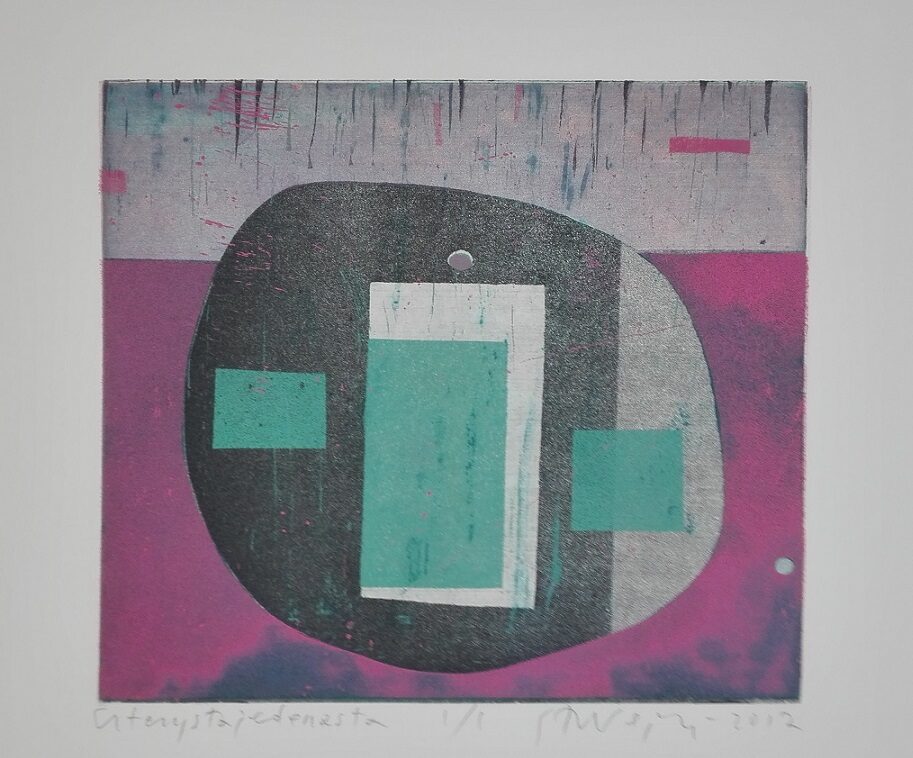 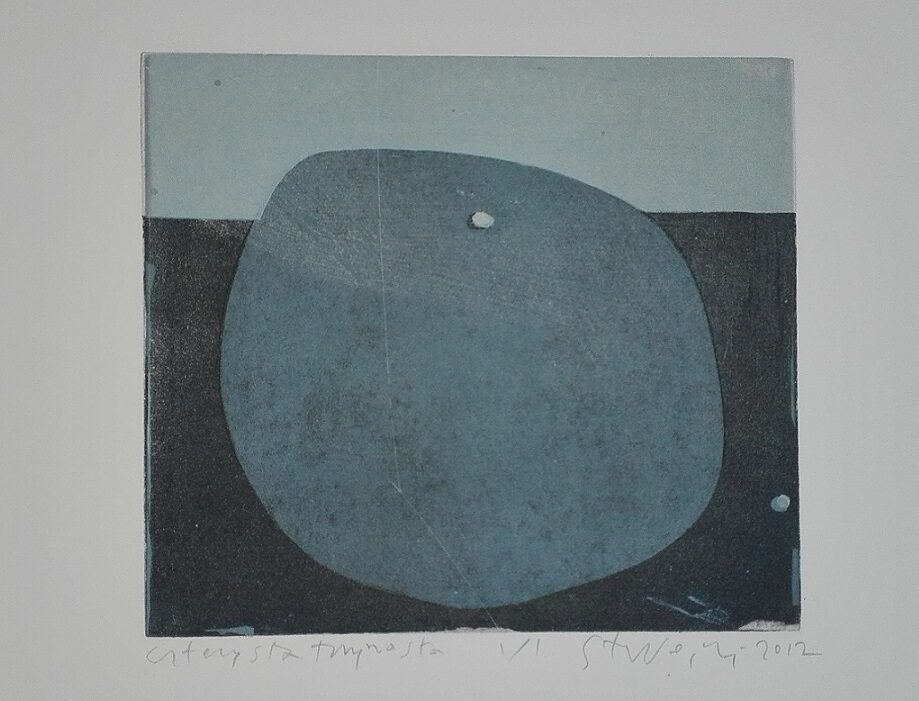 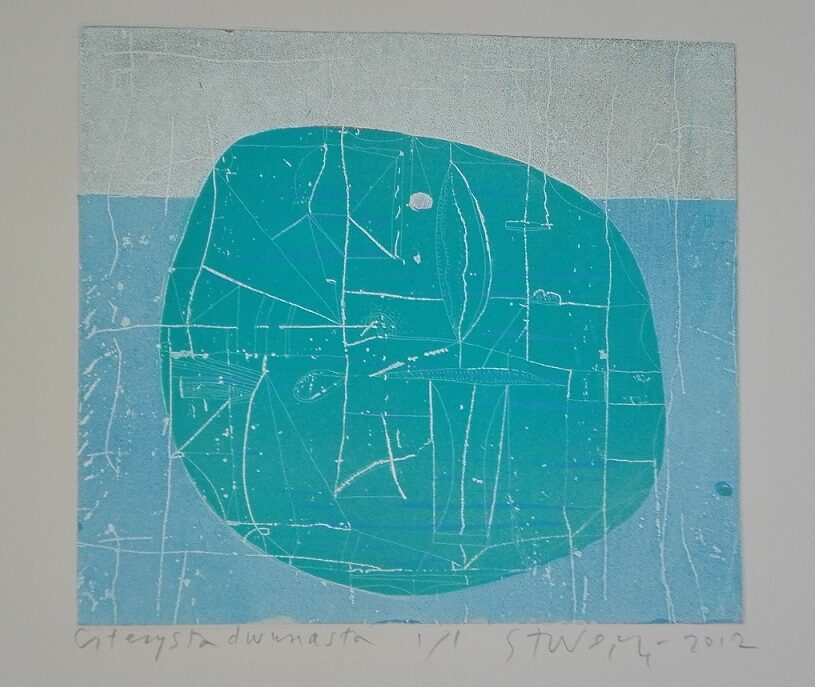 Born in Jedrzejow. Lives and works in Kraków. Studied at the Faculty of Painting and Graphics at the Academy of Fine Arts in Krakow from 1962 to 1968, initially painting under the guidance of Hanna Rudzka-Cybisowa, then graphics under the guidance of his father, Professor Mieczysław Wejman. After graduation, he remained at his alma mater, where he ran a studio of metal printng techniques. In 1994, he received the title of professor. In 1984-1985 he worked as a visiting professor in the USA and in 1990 in Canada. He taught printmaking at art colleges and universities in Antwerp, Maastricht, Montreal, Storrs, Urbino, among others.

He makes prints, drawings and paintings. Since 1967 he has presented his works at numerous collective exhibitions in Poland and abroad. However, he most often exhibits alone or together with his wife, Anna Sobol-Wejman, a graphic artist and painter. He has won many awards, including an individual prize from the Minister of Culture and National Heritage in 2005. His works are represented in leading Polish and international collections, including the Museum of Modern Art in New York, Graphische Sammlung Albertina in Vienna, National Museums in Cracow, Poznań, Warsaw, Muzeum Sztuki in Łódź.