THE DREAM OF AN ETCHING ARTIST

On September 22nd, 2017, at 7:00 pm, we would like to invite you to the opening of an exhibition of works by a Krakow based artist, one of the most interesting print makers of the young generation in Poland – Kacper Bożek, titled The Dream of an Etching Artist. This is already the second exhibition of Kacper’s works in our galleries, in 2014 we presented his two series work: Master and Marguerite from 2004-2007 and The Saragossa Manuscript from 2013. The exhibition will be open until October 6th, please do not hesitate to visit us!

Extracts from the text written by Kacper Bożek for the exhibition:

“I am not interested in reality to any great extent in my work, and in my life it does not interest me completely.”

“The idea of realizing the series of prints came to my mind when I tried to recreate in my memory the images of the figures that had come to me in my sleep. I was sure that they had nothing to do with something I had ever seen. Their matter, shape and composition were for me something completely new and not known before. I got up from bed with a serious intention of portraying them before they dissolve in the fog of oblivion, like most sleepy images. But when I started to draw, I realized that it’s not easy to break free from the intrusive associations with the world of existing things.”

“It came to my mind that perhaps the new forms may not have come into being just like that, but they are the result of the accumulation of a great many real images, which permeate each other and synthesize at the same time. Suppose that the mind of a human being is an etching matrix, in which all the images that he has seen are recorded and etched every day. The dream projections, in turn, are the result of the fact that the head, devoid of most sensations, being terribly bored, overlaps individual parts of the matrix, constructing forms unknown even to it. Let’s give it, the head wakes up, its senses gradually return to the activities established by nature, and the images of nightly fanaberias are wiped out by the ruthless broom of rational perception into the depths of oblivion. Fortunately, however, the broom is old and has holes, so the image of reflections of the unknown forms remains in the memory.” 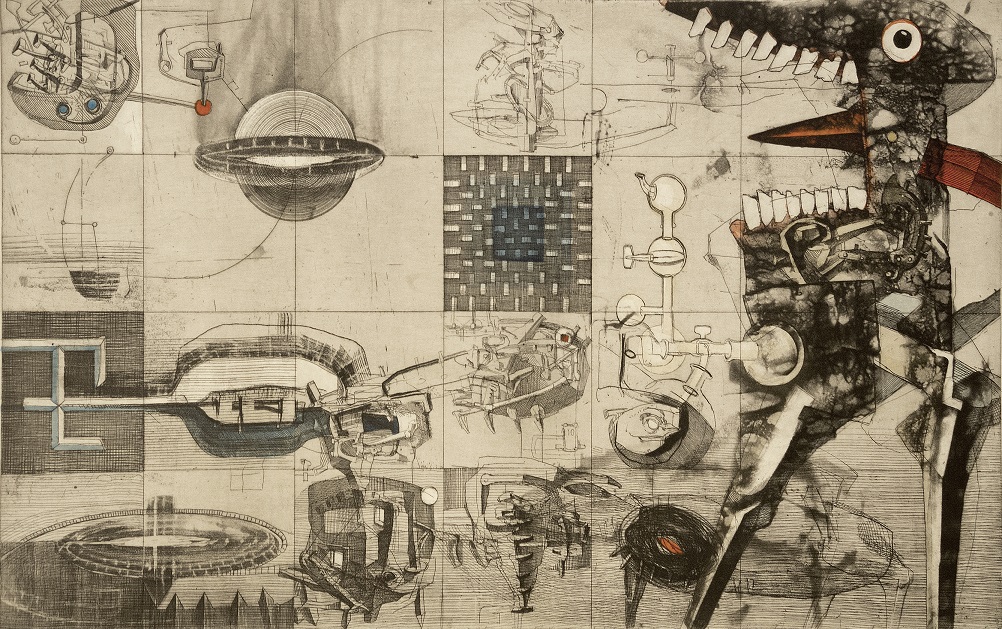