We are very pleased to invite you to the exhibition of a new cycle of paintings by Mirek Antoniewicz called 24 hrs of Mankind. It is a story of humanity, written with images, captured in a unit of 24 hours, as what is a day compared to a few million years of our stay on the planet Earth, is an attempt, perhaps reckless, to show us the way we are, were and will be. It is a universal story, because the emotions we have in us are universal. No matter the generation, present, past or future reality, access to information or social position. Desire, resignation, openness, enthusiasm, joy, reflection, indifference, detachment, alienation, disappointment, anger, grief, helplessness, are just a few of the emotions that always have accompanied us. We have experienced them all, regardless of the times in which we came to live, yet rather selectively, since the emotions are so strong and possessive, it may seem that when one of them seizes us, the whole world slows, disappears and ceases to matter at all. Given the amount of emotions that overcome people on the planet, one can hope to register all of them within 24 hours. Every single one.

To join him in this event, the painter has invited eight of his friends, artists and poets, from all over the world:

The opening is on Friday, 29th of November at 7 PM, the exhibition will be presented until the 8th of December 2013.

Photos from the opening: http://zpap.wroclaw.pl/mirek-antoniewicz-i-przyjaciele-24-godziny-ludzkosci

MIREK ANTONIEWICZ /1954/ – Born, studied, lives and works in Wrocław. Graduate of the University of Wrocław and member of the Association of Polish Artists and Designers. Had over 40 individual shows and numerous group exhibitions. Awarded on many occasions in varioius artistic competitions. Represented by Galeria M. For some time now Mirek Antoniewicz has been working on the cycle My place. 24 hrs of Mankind is continuation of this cycle.

TARO AIZU 会 津 太郎 /1954/ – Japanese writer and poet.  Born in Aizumisato in Fukushima Prefecture. His gogyohka book, titled „Itoshii chikyū yo (Lovely Earth)”, was published in 2005 in Japanese and in 2011 in English. Since 2007 he has been writing gogyohka in English language. In 2010 his three gogyohka tales about cats were selected for the “Catzilla!” book published in the United States. Awarded with first prize at the 28th Modern Haiku Competition in Japan.

DMITRY BABENKO /1970/ – Graduate of the Faculty of Art of the Kuban State University. Lives and works in Krasnodar. His main area of interest is mail-art, visual poetry and book art. Dmitry creates a multi-page, variously illustrated volumes devoted to different fields of human activity: Ornithology, Herbarium, Money. Also, his visual books – concept books are interesting, for example the Audiobook stocked with medical stethoscope to listen to it.

ROBERT CHASTAIN is primarily a poet in recent years, but has also worked with the forms of short story, novel, and creative non-fiction. During the last several years he has collaborated with musicians and sound designers to produce a number of recorded spoken-word pieces. He also works with photography, and some of his photos have been incorporated into these recordings. The prose poem, “BOATMAN,” is the final piece in a series of vignettes about the passengers, all women, encountered by a taxi driver in a twenty-four hour period, beginning in the early morning hours, progressing through the day and night, and ending in the deepest, darkest part of the soul. This story in turn became a chapter in the novel, “My Date with Marilyn.”

BARTOSZ FRĄCZEK /1974/ – Born, lives and works in Częstochowa. Painter and lecturer in the Faculty of Art at the Jan Długosz University in Częstochowa. Awarded on many occasions in varioius artistic competitions. Originator of the International Biennial of Miniature. Organizer of international artistic plein-airs and meetings. His works can be found in private collections in Poland and abroad.

KEITH MORANT /1955/ – Born in Christchurch, New Zealand. “I have drawn and painted obsessively for as long as I can remember and have always followed my own path of individual expression. I am not a representational or regional artist as it is my firm belief that visual art, like music, must communicate across all language and cultural barriers. Since the 1980s I have been fortunate enough to travel extensively and exhibit my work in many different countries. I am also fortunate in that I am able to work full time at my painting in my studio/home in Christchurch.”

RENÉ PASCAL /1948/ – Born in Lyon, France. Mysterious artist, who rarely shows up in public and seldom exhibits his works. Patron of arts, he searches for artists, whose exhibitions he organises in Milan, in a place called Piscinacomunale Spaziodarteincopisteria. Adelaide de Martino wrote about him, that he “prefers to remain in the shadows, speak through his works, which unlike himself, are not invisible, they touch spectators’ emotions and arouse their curiosity. René’s works are constructed in a way that shows the play of light and shade – through the conceptual perspective, it is the shadow that becomes light and hence – the light takes over the role of the shadow.”

EDYTA PURZYCKA /1970/ – Graduate of the Academy of Arts and Design in Wrocław. Graphic artist and painter. She has created her own, poetic art language, in which she relates the way she sees the world. In her works she incorporates various printing techniques (etching, aquatint, soft varnish), which allows her to experiment with texture and obtain painting effects.

ROSA UBEDA /1958/ – Born in Pontevedra, Spain. Graduated from the Faculty of Art at the Vigo University. Laureate of numerous awards in painting competitions. Had over 20 individual shows and took part in many group exhibitions, biennials and art fairs. 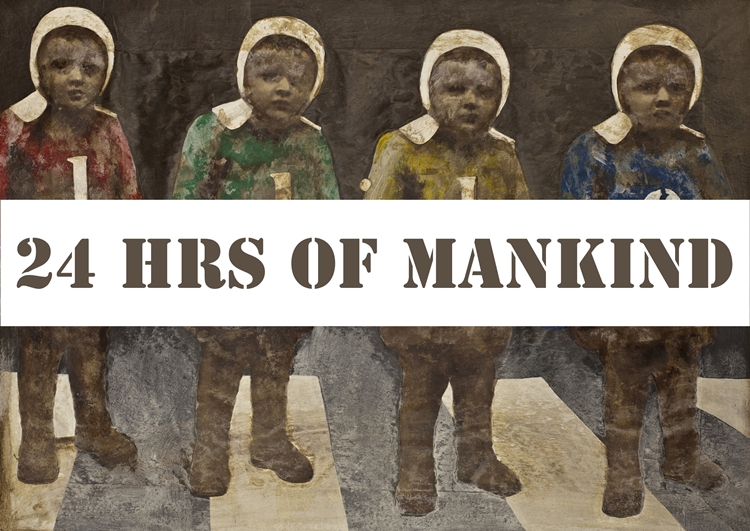