On Thursday, October 22 at 7pm we would like to invite you to the opening of the exhibition of works by Paweł Frąckiewicz – graphic artist, professor at the Eugeniusz Geppert Academy of Art and Design , researcher, curator. The series of prints prepared for the exhibition will be shown for the first time in Wroclaw.

I use a traditional rectangular format of the image, questioning and disturbing it at the same time. I am breaching the well established limits through expansiveness of forms forcing themselves in somehow, from behind the frame. I draw hard, geometric shapes and soft, organic forms, applying gestures derived from the Far Eastern art. I am balancing between the positive and the negative shaking the relation between the ≫present≪ and the≫absent≪.I draw until the constantly condensed matter reaches the seething state. The forms existing on the borderline of reality and delirium, they lose its identity very quickly and they go towards different shapes and figures, almost dissolved in the grey air of the background. They exist as phantoms characterized by a clandestine and elusive visibility of the invisible. Their unclear status is additionally emphasized by the adjacent, strikingly present fragments. I would like it to be perceived as ≫literal≪ embodiment or visual ≫literality≪ of the dialectics between the visible and
the invisible, leading towards the being uncovering itself. Paweł Frąckiewicz 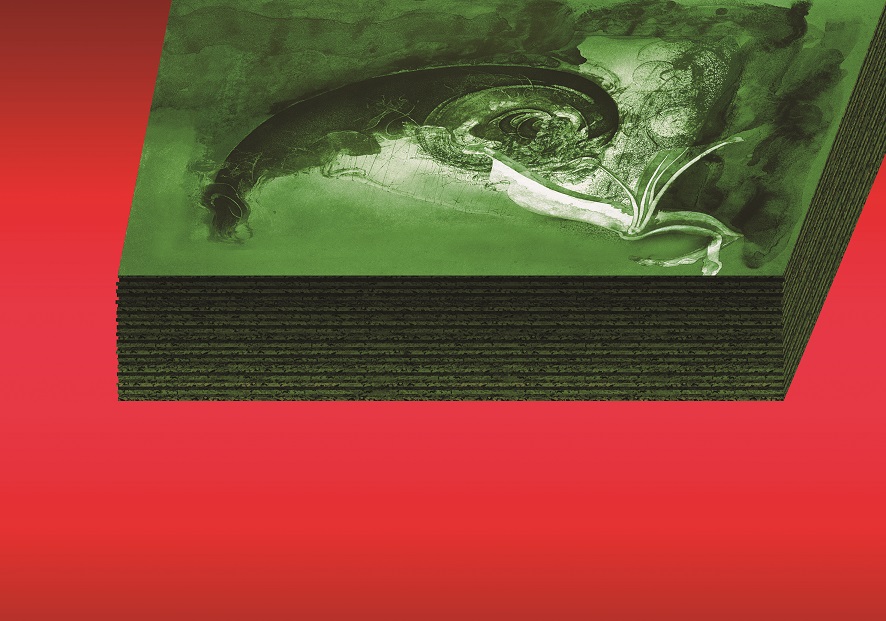