For this year’s European Night of Museums Galeria M Odwach prepares a real feast for graphic art connoisseurs. We would like to invite you for the presentation of two cycles of prints by Kacper Bożek: The Master and Margarita and, a premiere in Wrocław, The Saragossa Manuscript.

Kacper Bożek (1974) graduated from the Academy of Fine Arts in Kraków, does graphic art and drawing, also works at his alma mater. The Saragossa Manuscript is a series of thirteen prints from 2013 made ​​in the technique of intaglio , revolving around the subject of initiation processes . The whole cycle creates a maze, where each artwork is a kind of transition indicating the various qualities of human nature.

The Master and Margarita is a set of twelve prints executed in techniques of etching, aquatint, mezzotint and soft varnish, that was created in 2004-2007. The novel by Mikhail Bulgakov became the starting point for rather unceremonious graphical examination of the human condition.

Both series were issued in the form of collectible portfolios of prints.

The exhibition is realized in collaboration with Czas Gallery from Będzin. The opening is on Saturday, 17 May 2014 at 9 PM. 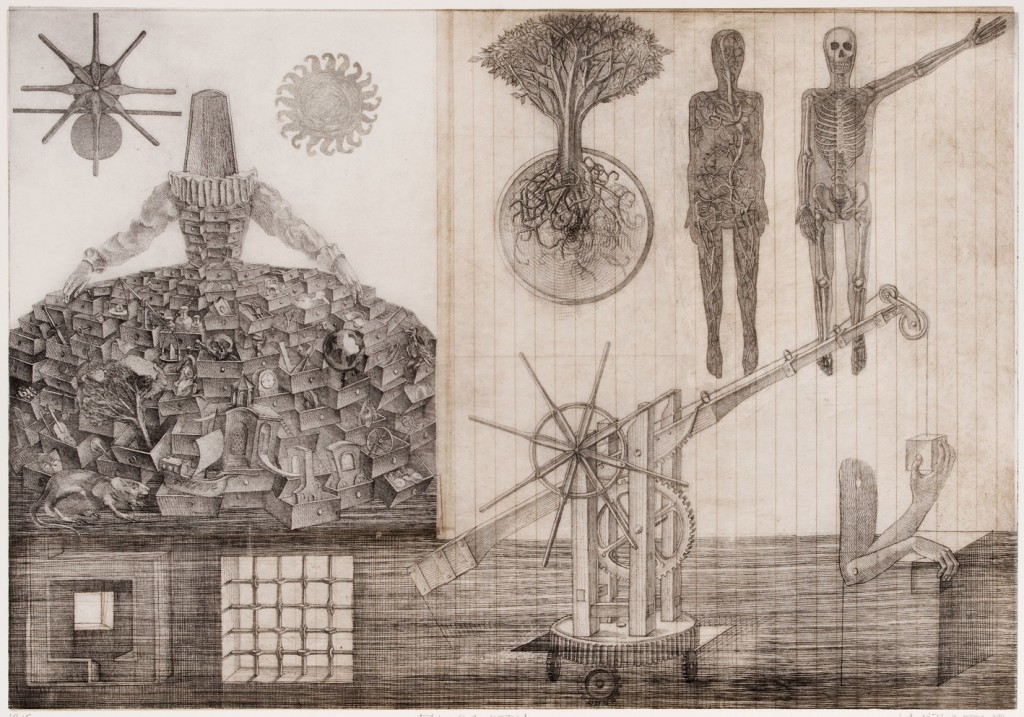