During this year’s Night of Museums we will present a solo exhibition by the Krakow-based artist Katarzyna Adamek-Chase, who in her latest project decided to take on the literature of Stanisław Lem. On Saturday, May 18th, we invite you to our gallery from noon until midnight, the opening and the meeting with the artist will start at 8:00 p.m. Come and join us!

PLANETARIUM project is a very personal expedition of Katarzyna Adamek-Chase into the world of literature of Stanisław Lem. Mandatory reading at school left the young Krakow-based artist with associations with the science fiction genre, but the Star Diaries, Invincible, Futurological Congress, or Solaris discovered again in adulthood became such a strong impulse that after reading the first stories, Katarzyna absorbed the next ones in the form of audiobooks in her studio, already painting and preparing objects that make up the exhibition.

Focused on such part of Lem’s work as science-fiction stories and futurological-philosophical essays, and immensely inspired by his imagination and vision, Katarzyna Adamek-Chase offers a subjective painterly illustration of his works. However, we will not find faithful reconstruction of the content of the books here, rather subtle traces, reactions and reflections of the artist resulting from a voluntary and fascinating collision with Lem’s literature. The PLANETARIUM project is an attempt to convey the atmosphere present in those books: the dread softened by the wink of an eye and sense of humour so characteristic to Lem; the sense of smallness in the universe and among its phenomena and mechanisms, with the simultaneous feeling of their closeness, finding its patterns and behaviours familiar. Her artistic search is in line with the thought of an eminent expert on Stanisław Lem’s literature, professor Jerzy Jarzębski, who notes that, as is usually the case with Lem, fantastic and funny stories are underlined with the most serious reflection on the world, humans and their culture.

Katarzyna Adamek-Chase, both in PLANETARIUM and in her previous works, journeys from places to humans. The artist – observer, she looks at places carefully and from a distance – her paintings feature cities, gardens, urban tissue, and then she wanders towards the landscape and paints balanced, spatially and air-filled representations of nature. We will not see people here, and the perspective from which we look at those places – habitats gives the impression of separation, as if we were looking at them from distance, as if we were strangers from another world. And yet, those observed places tell us a lot about us, however subtly.

In the case of PLANETARIUM, Adamek-Chase explores the cosmos, distant planets and their landscapes, but it is here that the human appears quite clearly. And just like Ijon Tichy, Lem’s hero – a tireless intergalactic traveller, discovering new places, flying into space, always arrives (…) on Earth and has to struggle with human troubles (professor Jerzy Jarzębski), so is Adamek-Chase, surrounded by distant galaxies, reflecting on the human condition and on our civilization. She observes our inclination to self-destruction through the exploitation of our planet, us losing ourselves in continuous self-improvement, modification, “repair”. (the motif of human hybrids), the development of technology, its usefulness, but also our dependence on it. The artist emphasizes the fragility and ephemerality of our world and our actions in it.

PLANETARIUM has begun in 2016 and so far has been shown in Krakow (Raven Gallery), Lublin (Gardzienice Gallery) and Łódź (Bałucka Gallery). Now it has arrived to Wrocław. This is a project that is still developing, changing, evolving. It is a kind of a process that lasts, and we have an opportunity to look at its present form, at the Wrocław stage of its journey. 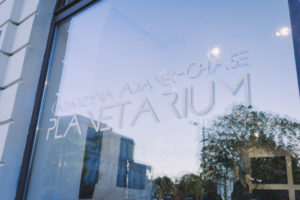 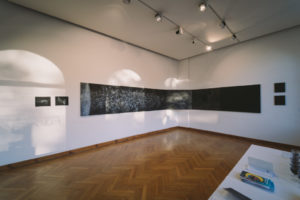 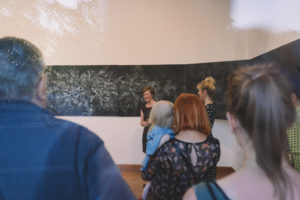 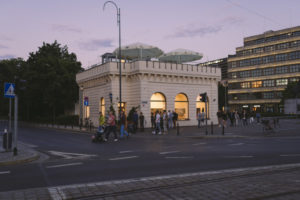 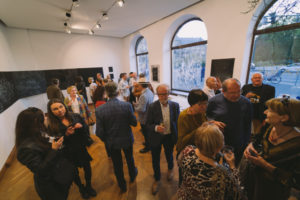 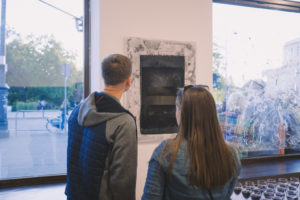 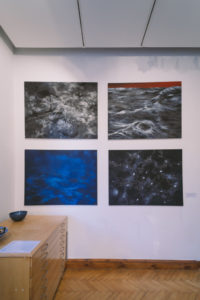 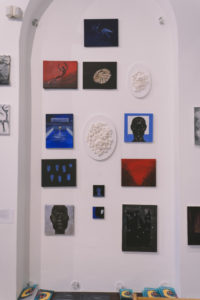 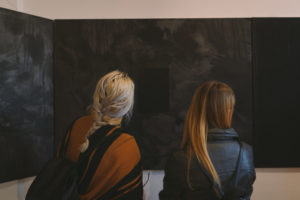 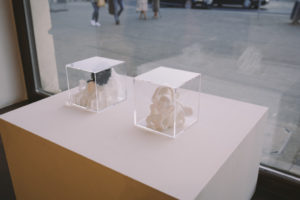